Agents of the Integrity Monitoring and Enforcement Group of the Philippine National Police (PNP) arrested a police sergeant assigned in Zamboanga City after he was accused of extorting money from a motorcycle rider. “He has been subject to several complaints on his extortion activities targeting mostly habal-habal drivers, as well as those individuals who do not have quarantine passes,” said Lee.

Lee said the operation stemmed from the complaint of a driver, who claimed that Francisco was extorting money from him in exchange for the release of his impounded motorcycle.

The complainant’s motorcycle was impounded last March 29, but no citation ticket was issued and was not also officially recorded on the police blotter.

Initially, Francisco allegedly demanded two fighting cocks in exchange for the release but the cop settled for P3,000 after the victim said he did not have any.

Francisco later reduced the demand to P1,500. It was then that he was arrested during the entrapment.

Francisco was taken to the Police Station 10 of Zamboanga City Police for booking and documentation shortly after their arrest and is now facing criminal and administrative charges.

Lee urged the public to report illegal activities to them via PNP-IMEG hotlines: Smart- 09989702286 or Globe- 09957952569. He said that information may also be forwarded to Facebook Page: Integrity Monitoring and Enforcement Group Twitter account : @imeg2017 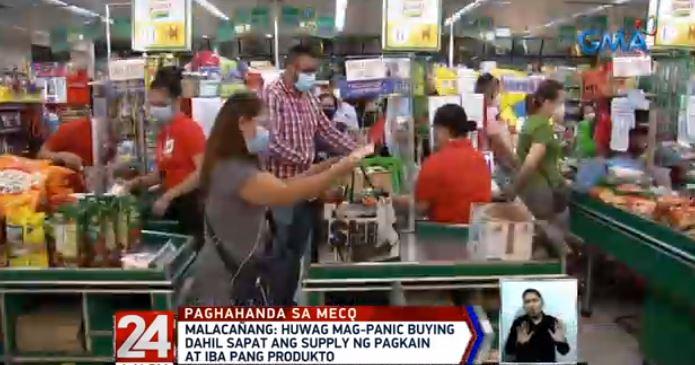 NCR residents stock up on goods amid MECQ